Stroll through the downtown area and learn about all the wonderful pieces of public art throughout the area.

Public Art Updates as of 2022 (not listed on the below map): 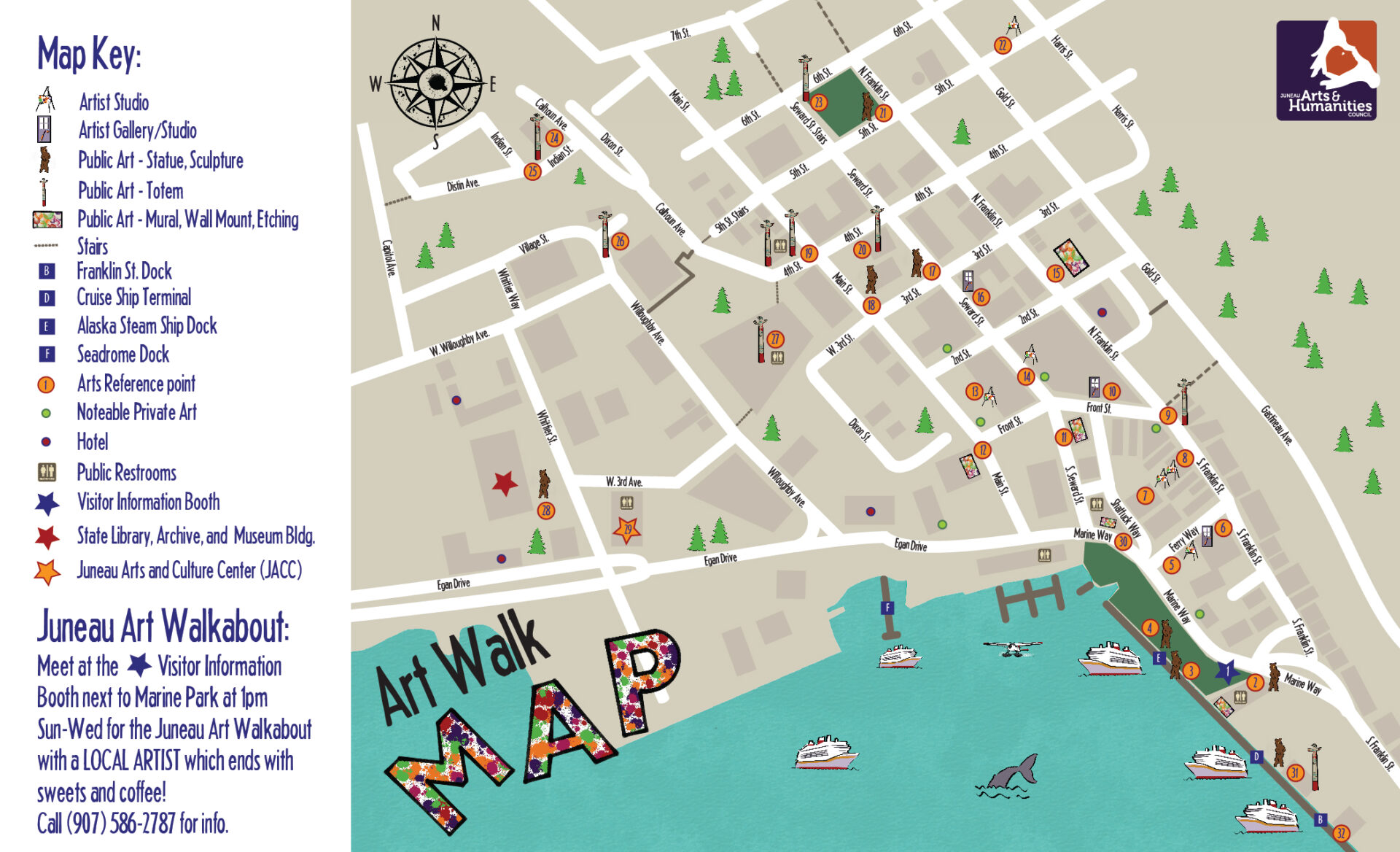 Below is a list of every stop on the map including more in-depth information on each stop if applicable.

Your ticket for the: Art Walk